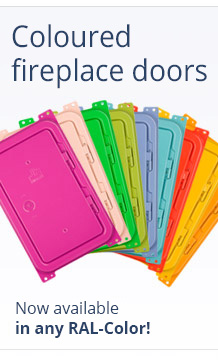 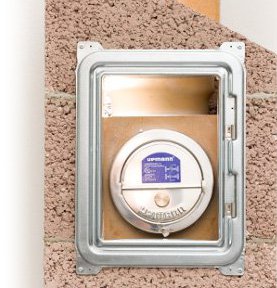 A draft stabiliser saves energy and money by equalising pressure fluctuations inside the chimney and thus lowering fuel consumption.

The consequence is that the draft of the whole system fluctuates wildly. A stable thermal lift, however, is necessary to ensure an economical use of energy. In contrast, if the draft exceeds a certain value, the negative pressure draws the heat out of the stove and thereby increases fuel consumption.

How does a draft stabiliser work?

Draft stabilisers are secondary air inlets fitted to the chimney. By allowing additional outside air to enter the system, these inlets regulate the pressure inside the chimney.

Our draft stabiliser is delivered as a ready-to-use building part together with an installation set. Thanks to a special ceramic adapter on the back of the flap, retrofitting your chimney can be done quickly and with minimum fuss.

The draft stabiliser is available in 2 versions: 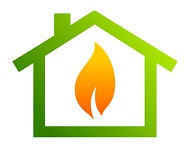 Do you have any questions about Hillen technology or products?